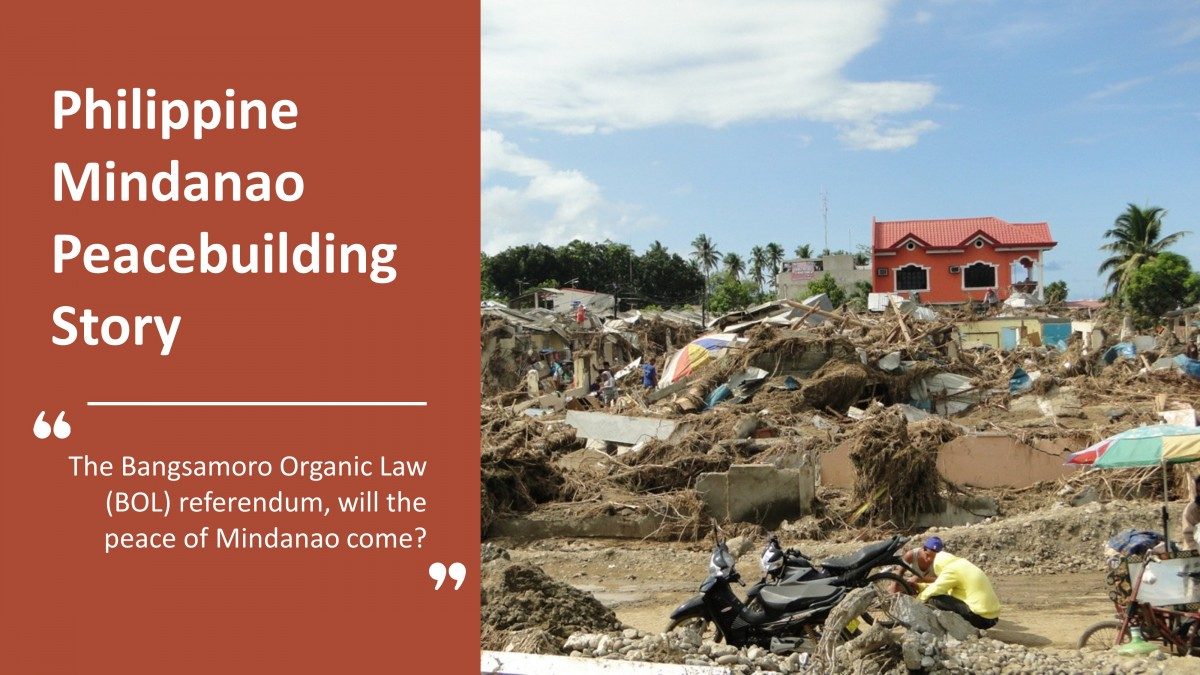 What is left after the Referendum?

Even if the BOL passes the referendum, there are many challenges facing the path toward a peaceful settlement of Mindanao. For example, disarmament of rebels following the end of the civil war is a controversial issue. A representative case of rebels being incorporated into the government at the end of the civil war is found in Nepal. Nepal suffered greatly due to strong opposition from the previous government and political circles in the process.

How does the Philippines cope with this crisis? I don’t know well, but I think this controversial issue will be expected to be discussed at the peace summit of the 30th World Peace Tour. This is because the Article 1, 2 of the Declaration of Peace and Cessation of War (DPCW) details the disarmament. Also, through Peace Education of HWPL, the wind of peace will blow in all Mindanao, Philippines.

2. States should refrain in their international relations from the threat or use of military force against the territorial integrity or political independence of any state, or in any other manner inconsistent with the purposes of the United Nations Charter or international law in general.

3. States should take measures to ensure that existing weapons of mass destruction, weapons capable of causing widespread and unnecessary suffering and weapons incompatible with international humanitarian law are gradually dismantled or destroyed. States should cooperate in disarmament and the reduction of arms stockpiles, ideally under international supervision. Decommissioned weapons manufacturing facilities should be repurposed, so that they may serve purposes that are beneficial to humanity in general.

become the messengers of peace