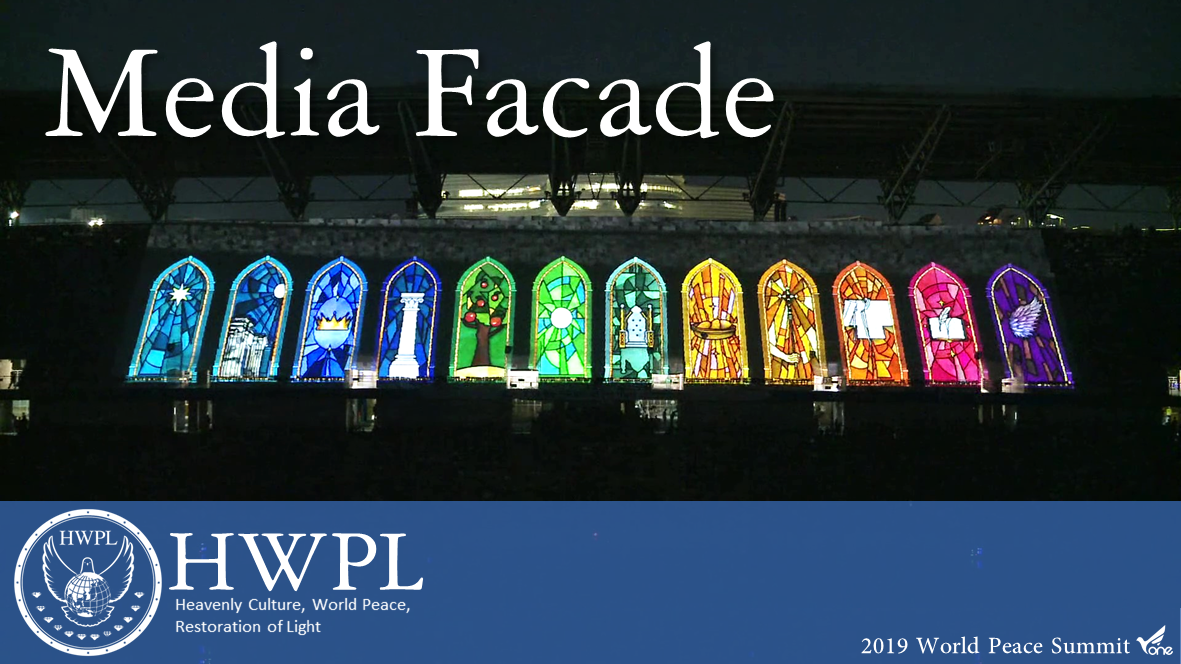 It is the result of 6,000 young people’s effort without any cost. Actually, it’s even more wonderful to see in person. The history of the Korean Peninsula can be seen at a glance from the founding of the country. It also gives an answer to how peace can be achieved.

Card Section may be called “Card Stunts.” In Wikipedia, card stunts are a planned, coordinated sequence of actions performed by an audience. If so many people cannot be united, it cannot be achieved. So, I think it’s more valuable. I recommend you to see it for yourself!

It is a technique of projection mapping. It is a projection technique used to turn objects, often irregularly shaped, into a display surface for video projection. I want to call it a “feast of light embroidered in the sky.”

This media facade focused the introduction of HWPL. I think It has many meanings. It is the most beautiful scene I have ever seen. There is no need for a long explanation. You have to see it for yourself!