“And with this young man, many people are more involved in this because they have discovered that DPCW’s hopes can be realized. So what is the basis of that conviction?”

“There are three main points: The first is the perfect configuration of the DPCW, which consists of a full resolution of the dispute. Based on world documents on human rights and peace, such as the Charter of the United Nations and the Universal Declaration of Human Rights, there are additional fundamental solutions to conflicts between religions and peoples, including ways to maintain a peaceful world through HWPL Peace Education and Spreading a Culture of Peace. So the DPCW has the perfect composition of conflict prevention, conflict mediation and securing sustainable peace.”

“The second is feasibility. DPCW is only three years old, but it is gaining tremendous support of citizens all over the world and support of the national level. It has received formal support from the Pan-African Parliament, a group of 55 African National Assembly speakers, a gathering of ministers and above-level officials from eight Pacific Islands, the Central American Parliament and the former presidents of Eastern Europe, as well as MOUs and official documents. 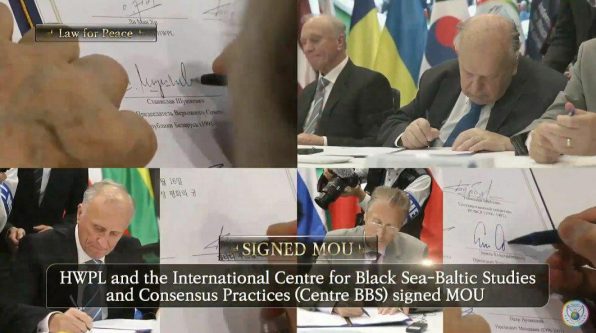 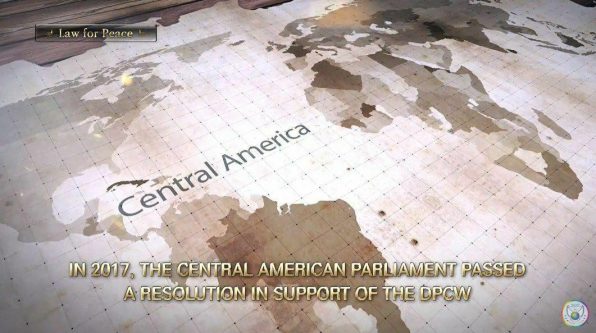 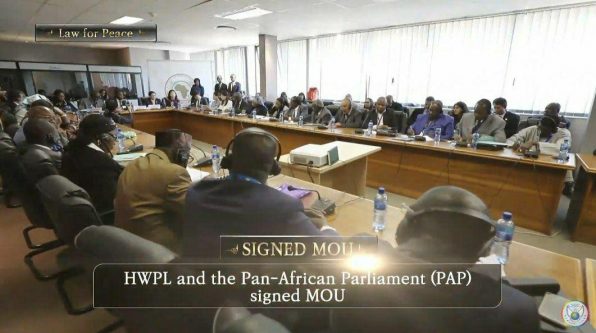 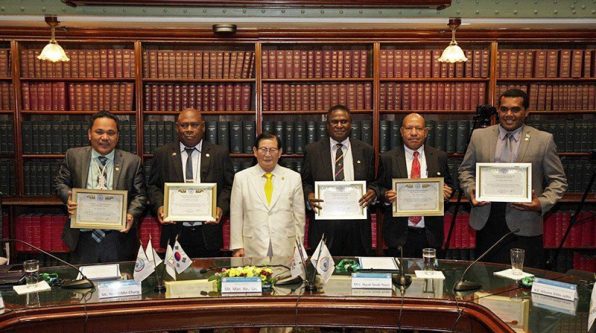 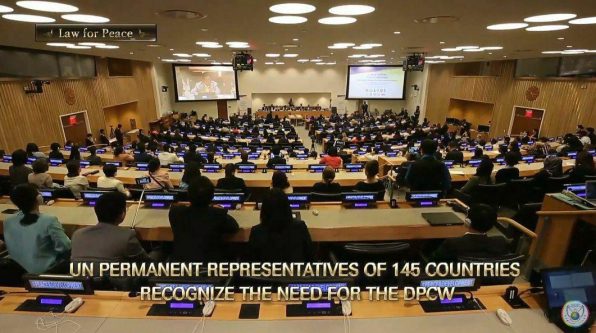 Also, when the Chairman Man Hee Lee introduced the DPCW at UN headquarters, delegates from 145 countries gave a standing ovation.”

“From a civil society perspective, more than 1.3 million citizens around the world support the DPCW with signatures and peace letters campaign. On March 14, citizens from all over the world wrote letters of peace and sent them to Presidents and Prime ministers of 192 countries to urge the need for DPCW and support from countries, and the media around the world reported it extensively, and the world cheered.”

“Finally, the power of the DPCW is the Chairman of HWPL, Man Hee Lee. Six years ago, when the new international law did not exist, he announced the “Declaration of World Peace” here. It included a his plan to create a new international law. Three years later, he announced the DPCW, the substance of the promise and he created the Peace Letter Campaign, which urges presidents around the world. The whole family in the world follows him, because he has a clear answer and leadership.

For example, no matter where he go on world peace tour, families of peace in neighboring countries gather to help and participate in Lee’s tour. When we see families of peace in each country running and putting everything aside to help Lee, we feel confident that he is a world leader who can change the world and lead people in one direction.”

“Ladies and gentlemen, this DPCW you’re seeing today is the hope of a global family and the power to change the world. To that end, this 6th 525 Peace Walk sent letters of peace to not only the president, but also the high-ranking leaders of the world at the same time. I’ve shown to the leaders how much citizens, who are masters of the country, want the DPCW because the President can’t move on only his own.

And today, in particular, we will take a peace walk with the wishes of each president to reply to the Peace Letter we sent around the world. The land where we take this step of peace will be transformed into a world of peace, and the sound of it will be a voice that changes the world.

Citizens around the world who are with us, HWPL, IPYG, will not stop our step until the President of each country hears and acknowledges the message, urging support for the DPCW.

Ladies and gentlemen, we will now serve the Chairman Man Hee Lee, the source of this power of peace. Check for yourself! The Chairman Lee declared it here, and made the work of peace. Come on, let’s run together.

Until our dreams come true. We are one! Thank you.”

I’m going to keep posting as a feature for this event. You will have no choice but to know how high the level of HWPL is.