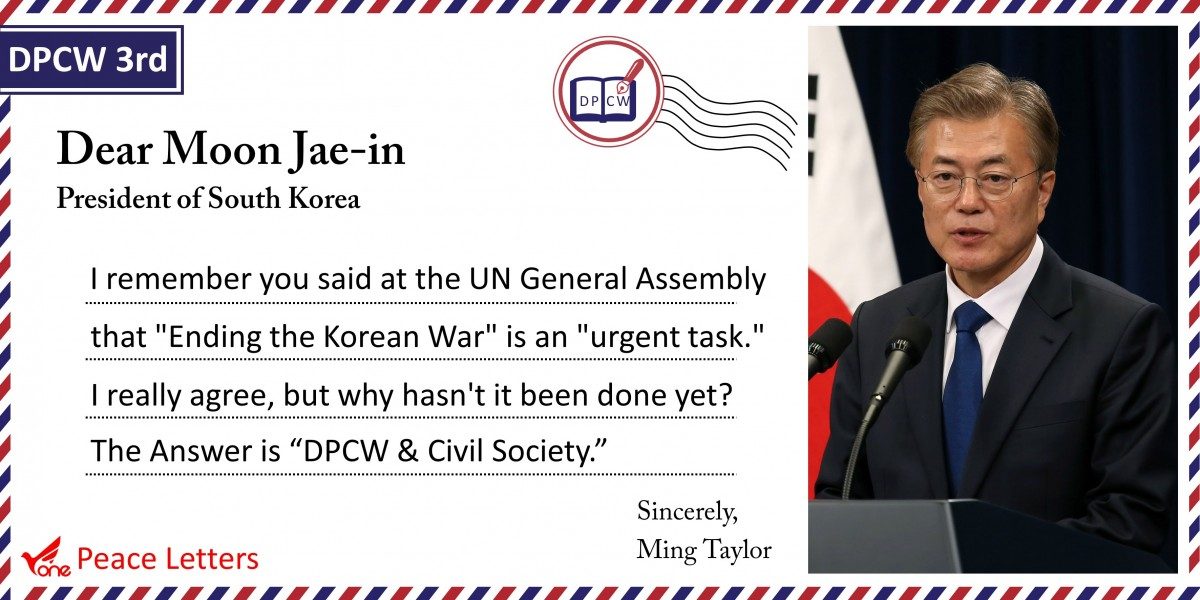 What day is it today? D-Day!

3rd Annual Commemoration of the DPCW

The 3rd Annual Commemoration of the Declaration of Peace and Cessation of War (DPCW) was held on 14 March 2019 in Seoul, Korea and other major cities around the world. They shared the outcomes of activities undertaken to introduce the 10 articles and 38 clauses of the DPCW to the United Nations and the present status of the international community’s support.

Mr.Pravin H. Parekh, President of the Confederation of Indian Bar and HWPL International Law Peace Committee Chairperson, said “I am very happy to attend the 3rd Annual Commemoration of the DPCW to review and discuss the inclusion of DPCW in the curriculum of law school students in order to achieve real world peace. Mr.Man Hee Lee created the right consciousness of students and teachers around the world. The Chairman Lee is committed to ensuring that all countries and citizens have a dream of achieving world peace.

He says that world peace can be achieved when there is supports from all countries around the world, as well as the support of UN, UNESCO and UNICEF. Mr.Lee continues to contact not only the United Nations and other international organizations, but also the rulers and intellectuals of other countries for world peace. Young people, including schools and universities, are huge supporters of HWPL. We are fighting for a harmonious world against clearly exceeding cruelty, violence and imbalance.

At this moment, every young man, every woman, every citizen is sending Peace Letters to representatives of each country. Peace Letter appeals to the presidents of each country to support DPCW to be introduced to the United Nations. And we will adopt DPCW through the United Nations. Today will be remembered as an important day in an effort to achieve global peace. We are one.”

Also, around 30,000 participants discussed the role of civil society for peaceful unification of the Korean Peninsula. Through a lecture on “Civil Society’s Role for Peaceful Unification, Exchange, and Cooperation of the Korean Peninsula,” there will be a discussion on cooperation for building up social consensus on peace and unification among civil society. They also had time to write peace letters to President Moon Jae-in as a kind of “Peace Letter Campaign.” What did they say to the president?

The President Moon is now in Malaysia. ASEAN is very important to Korea. At the interview with Asia News Network, President Moon emphasized “Peace & Prosperity.” He’s really made a lot of effort for peace so far. From the PyeongChang Peace Olympics to Inter-Korean summits with Kim Jong-un, Moon placed the greatest value on peace.

Hello, Mr. President. I am a college student who loves peace. I know that you are always trying to make peace and that you are still working hard. But I know it’s a lot of trouble. Like Socrates, you’re acting as a midwife, but there are times when things don’t work out. As a Korean, I am studying abroad in Sydney now, but I am very sorry.

I remember you, Mr. President, who was a human rights lawyer. Human-centered politics has touched the hearts of countless people. Also, I remember you said at the UN General Assembly that “ending the Korean War” is an “urgent task.” (Reference) I completely agree with you. But why hasn’t it been done yet? Do you know how to achieve peace on the Korean Peninsula? How on earth can we do this?

Is this just a young man’s dream? Is it naive? If that’s my only story, of course, it could be. But HWPL makes a difference. Because there’s a huge number of people coming to HWPL. Why is that? HWPL is considered by foreign media and experts to be the most powerful and practical international NGO. The real reason is that HWPL has the answer to peace, “the Declaration of Peace and Cessation of War (DPCW).”

DPCW, declared on March 14, 2016, was created by 21 prominent international law professionals, “The HWPL International Peace Law Committee.” H.E. Viktor Yushchhenko, Former President of Ukraine, said “The Declaration on Peace and the Cessation of War (DPCW) is a full and measured document and it is worth supporting political leaders and citizens around the world.” In particular, I think the Article 5 of the DPCW can help us. Some of the following are excerpts.

1. The duty of every state to refrain from the threat or use of force against the territorial integrity or political independence of any other state includes the duty not to engage in any action that would result in the dismemberment of any state, or force the secession or annexation of any territorial unit from that state.

2. Subject to the right to self-determination of peoples, states shall not engage in any intervention that seeks to divide or separate a state in a manner that is contrary to the rules of international law.

3. Subject to the provisions of the present article, States should encourage identifiable nation-states that have been divided by longstanding external or historical factors to engage in co-operation and dialogue. States should ensure that divided peoples are provided with their right to self-determination, including, inter alia, measures which may result in unified government.

President Moon Jae-in,
if you really love the people and the country, please sign the DPCW!

IPYG all over the world is urging presidents from around the world to sign the DPCW. In less than a year, 165,782 Peace Letters were collected. DPCW already has national supports such as Seychelles, Eswatini, and Comoros. In 2017, the central american parliament passed a resolution in support of the DPCW. Also, the Pan-African Parliament (PAP), which represents all citizens of 55 countries of the African Continent, the International Centre for Black Sea-Baltic Studies and Consensus Practices (Centre BBS), which consisted of former European Presidents, and 145 United Nations officials also supported the DPCW.

Please support the DPCW to be introduced into the U.N. resolution and to be legally binding all over the world.

It’s our Korea that put a gun to our fellow countrymen’s chest. You know the pain of war, don’t you? Why should we be divided under longstanding external and historical factors? It is the only divided country in the world. Who can pay back the lives of countless young men who died in the war?

Mr. President, I don’t want to die. I want to love, dream and sing. Your choice is very important now. Please sign the DPCW. If not, please let me know why. We can do it! Why not?

Thanks for reading my peace letter, President Moon Jae-in.