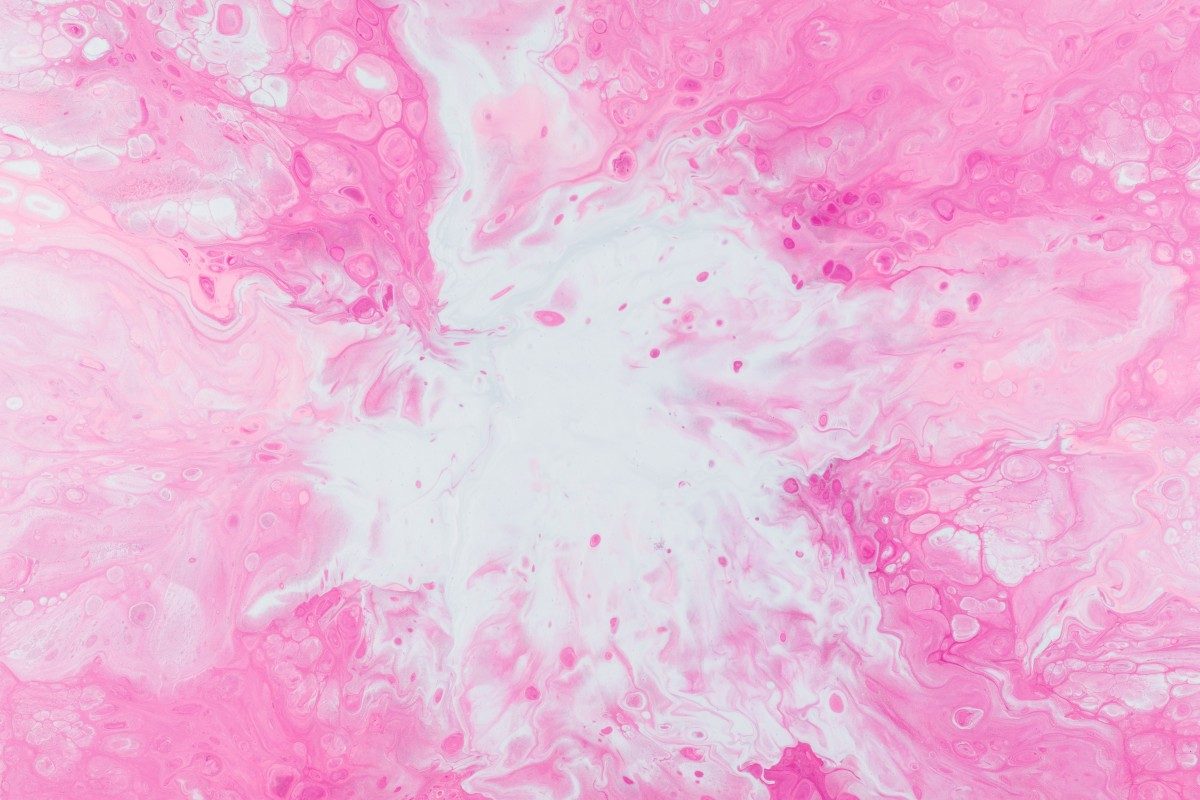 I recently read a book about self-esteem, “Self-esteem Lesson, Korean Ver (자존감 수업 : 하루에 하나, 나를 사랑하게 되는 자존감 회복 훈련)” It is written in Korean only. It is a book that a psychiatrist (윤홍균, 정신건강의학과 의사) wrote for his daughters based on the knowledge he gained from his long experience.

In psychology, the term self-esteem is used to describe a person’s overall sense of self-worth or personal value. (Verywell Mind) In other words, it is an individual’s subjective evaluation of their own worth. Self-esteem encompasses beliefs about oneself as well as emotional states, such as triumph, despair, pride, and shame. (Wiki)

The reason I read this book is because my top priority these days is to get rid of low self-esteem and self-reproach. This is because I heard this from someone I respect recently. She also told me that I’m enough competent.

When I read the book, I found that self-esteem was really connected to many problems, such as marriage, dating, work life, relationships between friends, and myself. The point was that I didn’t love myself. It’s “self-distrust.” How about someone on your back, criticizing you all day and comparing you to others? You can’t even run away. It’s so terrible. 🙁

My core feelings are “sadness” and “inferiority.” I could explain my feelings clearly through this book. I have a huge desire to be recognized by others. So, I kept looking at other people, and I usually looked at people who were better than me. That’s why I felt inferior.

Comparing my shortcomings to others’ good points, I always lost. I had high expectations of myself, and I was often frustrated. This gave me disappointment and low self-esteem. If disappointment lasts long, it becomes sadness.

After that, when there was a mistake, I started to blame myself first. The premise of my thoughts was that I tried to protect myself by blaming myself for fear of being criticized by others. I also hated myself.

In fact, there were so many hard work. It was a day that was really difficult, teary, painful, compared, scolded, and felt I was insignificant. I was not recognized by those who I respect. I secretly got angry and cried a lot.

I think I actually needed comfort. It was necessary to say, ‘It’s okay, you can do it.’ But now I can understand and forgive. We all had a hard time then, and we’ve walked the hard way together. She had a situation, too. She had lived a life that was not appreciated by strict father, and that was why I was more severely scolded by her.

What do we want most from our lovers when we’re dating? I think it’s looking at me as I am. But I don’t really see myself that way. I will now cherish and love me a lot. “It’s okay, you can do it. You can do it!!” I will trust my own judgment, make my own choices and make decisions. I will believe in me and comfort me, even if my troubles come like waves again.

Do you want to walk with me?

Rachel McAdams is so lovely… It gave me a fantasy about love. I don’t know how many times I cried in the scene where he spent time with my father. He tells us the secret of happiness at the end. I was impressed. 🙁

The character of Hugh Jackman was really attractive. And the movie is the best with the OST and musical scenes. Considering the meaning of the movie, it’s the best movie ever. Especially, in the song “This Is Me,” they was ashamed of themselves, but now they become self-reliant. It means that they had grown up a lot. All the songs are so good.

This movie is also one of the best in OST. I have nothing to say. I love you!!

Carpe diem! The most memorable scene is when he said “Boys, you must strive to find your own voice.” I’ve been into poetry since I saw this movie.

Anne Hathaway is a successful young female CEO. She was so cool. And Robert De Niro’s classic charm of subsidizing her with wisdom made me fall for “classic.” I want to be a classic man, who is more valuable as he was used longer.

There are many recommendations for Korean web dramas such as best 5 and top 100, but I will recommend you to my taste. It’s very subjective. 🙂

Since there are different parts that you can sympathize with according to age, I sorted them out according to the age of the characters. If you are in your 20s, you can look back on memories of your teenage years and know the lives of office workers in advance.

These days, there are no teenagers in Korea who don’t know this web drama. In particular, “Do Hana” was very popular. Everyone is into Do Hana syndrome, copying her movements and tastes.

Though it may be very different from foreign styles, it dealt with friendship and fresh love. Of course, there are many unrealistic things compared to Korean reality. Each episode is about 10 minutes.

It is the most popular for college students in their 20s. Would it be good or bad to love in the major? In the same university, same major, couples are called “Campus Couples(CC).” You may think that what others see is important, but in Korea, there are many saying that CC is not good.

This is because most relationships in their early 20s are bound to break up, and people around them who were originally friends are having a hard time. There could be strange rumors. You can’t understand it now, but if you watch web dramas, you can understand the situation. But anything is possible if you love enough! Each Episode is about 5 minutes.

It’s a story in her late 20s. There are two episodes in English now. In Korean, it has been up to the eighth episode. It’s the latest! As expected, it is gaining huge popularity. I watch it these days and it’s so much fun. The main female character is so pretty and lovely.

She broke up with boyfriend of eight years, but he succeeded and appeared before her again! But now next to her is a younger man who likes her.
Who will she choose? This is the key.

Also, there are two episodes in English now. In Korean, there were 10 episodes and it was over. With ending again recently, I really enjoyed watching these two web drama. The main female character is a head bartender.

The story is about friendship cracks because of an ex-boyfriend and love between bartenders. I think “XX” means ‘ex’ and ‘XX chromosome.’ Also, maybe it sounds like a curse, as “야, 이 XX야.” I hope you enjoy it.

Flower Ever After (Season 1)
The Best Ending (Season 2)

We looked at everything from teenagers to marriage.
Please love Korean web drama a lot. 🙂

Hi, today is March 1st. Today is the anniversary of “March 1st Movement” in my country. It is also called “Independence Movement Day in South Korea,” and “삼일절(Sam Il Jeol)”

There was another reason. After the World War I, “The Fourteen Points” of US President Woodrow Wilson became the basis at the 1919 Paris Peace Conference. The President Wilson listed “self-determination” as an important objective for the postwar world. It set off a spark of hope.

The most famous performance at this time is the “Manse Demonstrations.” In Korean, 만세(Manse) means raising both hands high. Generally, do it three times with the Korean flag.

On this day, 500,000 people gathered at 탑골공원(Tapgol Park, formerly Pagoda Park) and shouted “Manse.” From this point on, March 1st Movements were held across the country for about three months. There were 1,214 manse demonstrations during the 60 days from March 1 to April 30. The total number of participants is estimated at 1.06 million.

Japan did not sit still, but violently suppressed it. Of them, 7,509 were killed and 47,000 were arrested. However, because it was a fairly successful independence movement, the Provisional Government of the Republic of Korea was established in Shanghai in April 11, 1919.

But I don’t think it happened easily. There were 33 ethnic representatives who took the initiative. They consisted of 15 Catholics, 16 Christians and two Buddhists. (if you more info about them: my blog, wiki(ko), other)
They read “The Declaration of Independence” at Taehwagwan, Insa-dong, Jongno District, Seoul. Soon after, some of them died, and they were imprisoned for about a year and a half or three years.

To celebrate this day, the national flag is hung at home. Flags are also hung on every street. But now South Korea is in an emergency because of COVID-19. There are over 3,000 confirmed cases. I hope the patients will recover quickly, and I want to send a message of support to the medical staff who are really struggling.

Since we are all the same people, I hope we don’t blame each other or split up over this incident. Because we were one in the independence movement.