Every year on 1st of March, the Flag of South Korea (Hangul: 태극기) is placed everywhere in Korea. The March 1st Movement Day, also known as Sam Il Jeol (Hangul: 삼일절), can be seen as a symbol of the Korean Independence Movement. Korea was a colony of Japan from 1910 into 1945. The pain and sorrow of being a colony are beyond description.

At 2 p.m. on 1st of March, 1919, 33 ethnic representatives read out loud the Korean Declaration of Independence. The declaration, which begins with the following words, is truly touching. “We herewith proclaim the independence of Korea and the liberty of the Korean people.” What kind of feelings did people have at that time?

Massive crowds assembled in Pagoda Park to hear the declaration that a student, Jae-yong Chung, read publicly. He shouted “No power in this world can obstruct or suppress it!” Approximately 2,000,000 Koreans had participated in the more than 1,500 demonstrations. Were there no suppressors? No. 7,509 people killed, 15,849 wounded, and 46,303 arrested by the Japanese police force and army. As punishment, some of the arrested demonstrators were executed in public.

On Friday, all people of the Koreas commemorate the 100th anniversary of the March 1st Movement. President Moon Jae-in visited the graves of several key figures in the fight for Korean independence, and the government decided this week to honor freedom fighter Yu Gwan-sun with the country’s highest medal of honor, the Republic of Korea Medal.

Yu was only 16 when she attended the main March 1 gathering in Seoul, and she was arrested and died in prison at the age of 17. If you want to know more info here

The theme of the anniversary ceremony is “Let’s Open Another 100 Years Together,” a clear reference to South Korean Moon’s work to engage with the North. What does it mean? President Moon said “We are no longer in the periphery of history. I hope we will open a new era with pride and confidence that the strength to decide and open the next 100 years rests in us.”

How did the Trump-Kim summit go in Hanoi, Vietnam? On February 28, Trump and Kim left Hanoi abruptly without signing any sort of agreement. People are in shock. What happened? Many expected that one of the most likely things to come out of Hanoi would be an agreement to end the Korean War, which has been on pause for more than 60 years. It led many experts and lawmakers to heave sighs of relief, even as the summit’s abrupt finale raises questions about What’s Next?

But Moon Jae-in didn’t stop to hope. Because he love peace. He want to end the Korean War. Countless people do not want war, they want PEACE. If he truly love the people, he will strive for peace. He said “On April 27, both Chairman Kim Jong Un and I discussed joint projects to mark the 100th anniversary of the March First Independence Movement and to mark the founding of the provisional government, and our initiative was contained in the Panmunjeom Declaration.”

“If the South and North can share together the history of Korean independence, both will become much closer in their hearts,” he added.

What will happen in the future? I want to remember lives and spirits of each of those who sacrificed and devoted their lives to the independence of our country.

The next posting will cover the stories of people who work for them and work for peace.

28th WORLD PEACE TOUR of HWPL is blowing the wind of peace all over the world. The bright light is settled down in New York. Its title is ‘Conflicts There Affect Us Here’ and subtitle is that ‘Revitalizing the ‘City of Dreams’ Through the Strength of Diversity’. New York City Leaders and Civil Society are gathering for reunification of Korea and peaceful settlement in Yemen. It was hosted by HWPL, IPYG, IWPG, and the Yemeni American Association(YAA) at Columbia University. Governmental and UN officials, international organizations and civil groups are on the panel.

The Korean peninsula is divided for 65 years for the Korean War. As the international community is paying keen attention to the establishment of peace on the Korean Peninsula like the 2018 inter-Korean summit and the Korea-U.S. summit, HWPL has called for the realization of peace on the Korean Peninsula based on the civil society’s network, including youth and women throughout the world. HWPL hoped that this event can be a platform for dialogue and mutual understanding between different cultural groups.

28 years have passed since Yemen was unified. So what’s the problem? However, there are still constant threats to the peace that has been achieved. So the civil society from Korea and Yemen will come together in New York City. The Yemeni American Association is a nonprofit organization dedicated to serving over 50,000 Yemeni American in the U.S. The conclusion that they came up with was ‘cooperation of all sectors‘ for peace. They emphasized that a united civil society is the key ingredient of a better, more accepting world.

During the event, the attendees have the opportunity to fill out letters for the longing of peace and end of war to each respective heads of state. It is a collaboration with IPYG. Young people, from 84 cities in 50 countries, write peace letters to presidents of each country. How long? Until the president writes signature at DPCW! Most predominantly, letters will be collected and sent to the head of state of South Korea, Yemen, Mali and Senegal. I don’t think we have much time left. Because peace is likely to be achieved too soon. HWPL & YAA show the world that peace is not limited to national boundaries but true peace lies within the heart of each individual, each community. 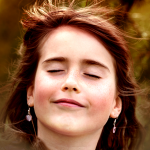