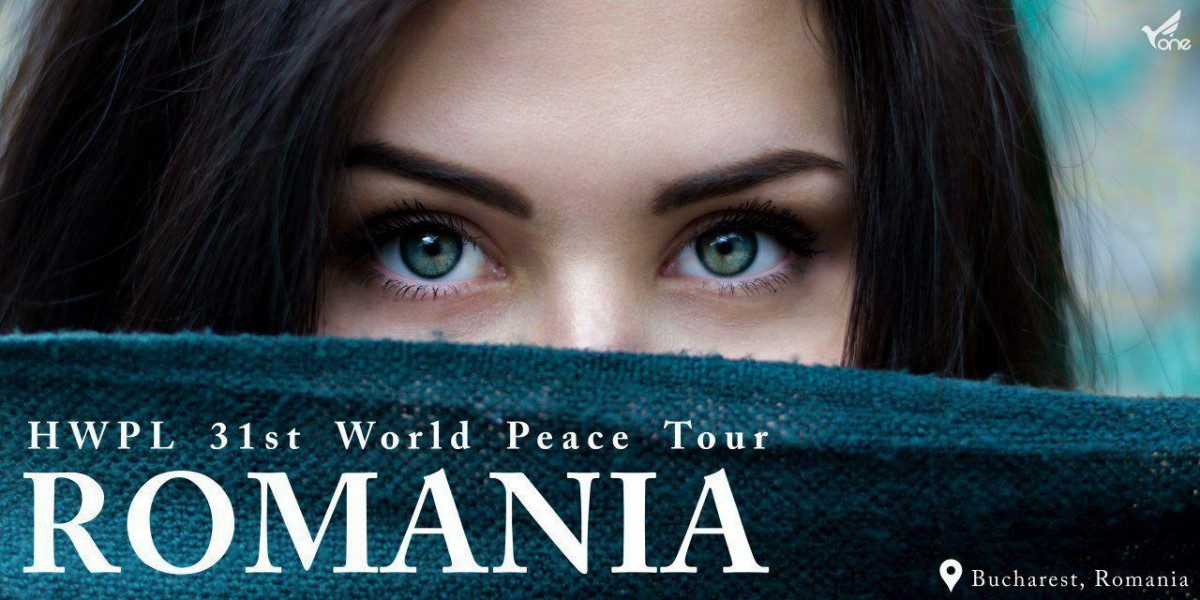 As the result of the 30th world peace tour was great, I am looking forward to the HWPL 31st World Peace Tour. These postings are the ones that I write one by one. If you look at them one by one, you can see the reason why experts said “HWPL is the most powerful international peace NGO”. Actually, HWPL is associated with UN DPI and ECOSOC.

Why is Mr. Man hee Lee, Chairman of HWPL, supported by 3.7 billion women and 1.6 billion young men? Why is the Declaration of Peace and Cessation of War (DPCW) proposed by HWPL the answer to peace?

You can see how peace can be achieved.

At the 2nd of Apr., 2019 16:00 (GMT+3), 2019 PEACE EDUCATION Conference will be held in Romania. Regardless of differences in religious, ethnic, and cultural backgrounds, HWPL is closely contributing to the leading for peace. How can we achieve peace? According to statistics of UNICEF, Over 10% of young women in 5 European countries experience sexual violence before age 15. #ENDviolence

Now, The role of Teacher and Peace Education is important more than ever. We are at the forefront in implementing peace education for children and the youth. Especially, Romania is the hometown of H.E. Emil Constantinescu, former president of Romania. He knows peace better than anyone else. I can’t help but admit it when I hear about his life. I wrote down his biography.

Check all this out on YouTube LIVE!! Check with your own eyes!! Heartbeat, a song for Syria

‘Heartbeat, a song for Syria’ is sung by 10-year-old Ansam, a Syrian girl who was born blind. The song was written and composed by Zaid Dirani, Unicef Goodwill Ambassador, and world-famous pianist. It has a message of hope that Syria’s children want to get back their childhood. It’s like the voices of children shouting around the world. Amazingly, the video was filmed in Syria. The following are the lyrics of Heartbeat: (abbreviation)

‘Amid destruction and fire, our wound is deep
We want to say it loud, but our voice is weak
We may be children, but our cry comes from the heart

We want to say it loud: everything is possible
Together we can hope
Our hearts beat back to life
We want our childhood back’

Statistics about the Syrian civil war

The Declaration of Peace and Cessation of War (DPCW) was drafted by the HWPL International Law Peace Committee, which is comprised of prominent international law experts from 15 different countries, and was proclaimed on 14 March, 2016 in the form of a Preamble, 10 articles and 38 clauses. It is a bottom-up approach for global peace through establishing an international peace law. The strength of the DPCW lies in its representation of the voice of all those yearning for peace, calling on States to protect their rights to enjoy peaceful lives. The Legislate Peace Campaign is operated all over the world to support the DPCW. Now, they collected 734,055 signatures (as of October, 2017) and 173,170 people of 176 countries participated. The HWPL & DPCW are regarded by experts as the most powerful and substantial peace movement than others. Foreign media around the world are also paying attention to HWPL.

The 4th Annual Commemoration of the World Alliance of Religions’ Peace (WARP) Summit was held in South Korea from the 17th to the 19th of September. This 918 WARP Summit is the core of HWPL‘s peace movement. The main agenda of the WARP Summit will be the introduction of the Declaration of Peace and Cessation of War (DPCW) to the United Nations (UN) as a binding resolution. Do you want to protect Syria’s children? How can HWPL protect Syria’s children? Come in person!! You can feel what it is directly. Now, all over the world is wishing for the success of 918 WARP Summit. Search on Twitter ‘#918WARP’ Let’s go together!! Peace does not wait for us. A interesting social experiment that Unicef carried out attracted public attention. They made two situations that 6 years old girl looked around for help. The girl waited for people, wearing different clothes depending on the situation.

“What’s your name, kid? How old are you?” They take the time out to help that neat girl who wore gray dress with coat. They have mostly friendly attitudes.

After that, the girl went out on the same place wearing like homeless. People completely ignored that child and nobody paid attention to that homeless. 6 years old girl, ANANO, participating an experiment got angry. She got to know that people’s reaction is noticeably different in accordance with dress. She see it in the flesh.
As indifference of people continued, there was no choice but to stop the experiment.

People tell me “Get out. That’s sad”. After the experiment finished, Anano said ‘I can’t understand it. I’m sad’ Unicef planned this experiment as part of #FIGHTUNFAIR campaign.

Unicef said ‘Children should never be discriminated against poverty.’ They strived to solve these unfair social problems.