What is culture? What happens if peace becomes a culture? I feel about the power of culture these days.

Obviously this was a difficult task, but if it is based on people’s common understanding that it is natural, it is done easily. It’s so amazing.

No business, no school, no friends around the students seem to be able to escape the influence of culture. The power of culture from small to large is powerful.

In this reality, there is an international peace organization in Korea that leads the change so that the global village may be imbued with a culture of peace, named Heavenly Culture, World Peace, and Restoration of Light (HWPL).

As a veteran, HWPL Chairman Man Hee Lee witnessed the horrors of the Korean War and presented answers for peace and life in the world of conflict and death. Urging everyone in the world to become one in peace, he always shouts ‘We Are One!’.

The representative achievement of the peace steps he and HWPL have made is the fruit of contributing to peace in Mindanao, the Philippines, ending its 50-year history of conflict.

Mindanao was the site of the largest armed conflict in Southeast Asia.

Armed groups have been formed since the 1960s due to accumulated political, economic, and cultural discrimination and contradictions since the colonial period of Spain and the United States.

The Mindanao conflict clearly shows the crisis faced by the global community of the spread of conflict based on ethnic/religious identity that emerged in the 21st century.

Mindanao’s peace was a matter of direct connection to global security issues beyond the Philippines and Southeast Asia.

Efforts were made to resolve the dispute after it caused massive casualties. It’s the Mindanao peace agreement.

In addition to the official process, international organizations such as the European Union, Organization of the Islamic Cooperation and various private organizations have begun to establish peace by supporting it and providing humanitarian aid.

If you want to know how the effort that sowed for peace lasted, look forward to Part II. 🙂 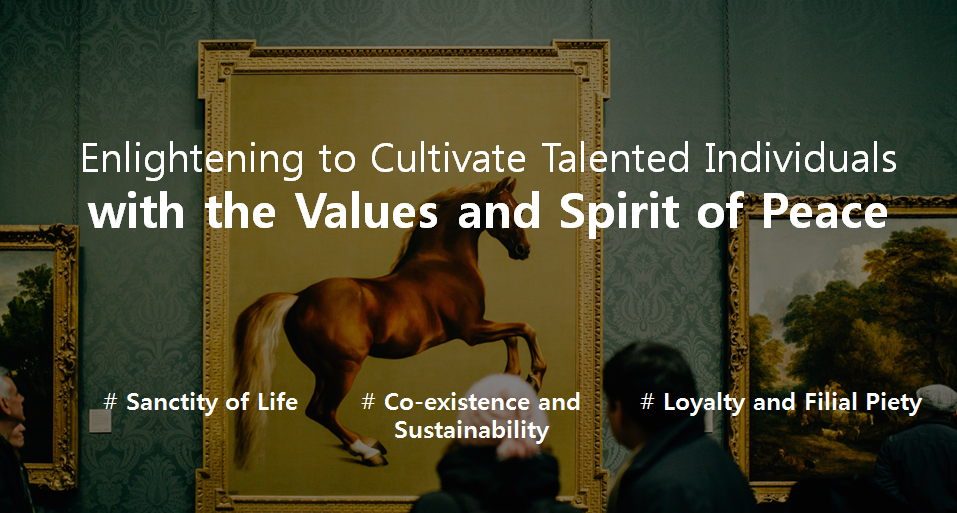 Despite the many differences that exist between individuals, we should all live in harmony in the global village; however, war and conflict currently threaten the lives and safety of all. In order to end war and inherit everlasting peace in the future, we must teach the values necessary for a new era of peace rather than the old ideology that has been stained by war.

HWPL Peace Education’s vision is to enlighten students and cultivate talented individuals with the values and spirit of peace, who can then play a pioneering role in spreading the culture of peace. This education provides a fundamental understanding of the basic principles that human beings must observe for peace to be created. Through the discovery and internalization of these peace values the inner selves of students and their ability to live together in harmony with others in their own community, and even the world, is properly nurtured.

In order to successfully cultivate children and young people as peacemakers, HWPL Peace Education first works to erase previously held ideas and values that are corrupt by directly showing how the world has become evil in the present era, and then plant the peaceful values needed for the new era of peace in their stead. It also introduces a new methodology in which the values of peace can be applied in all environments and real-life situations happening outside the classroom. The HWPL Peace curriculum has been developed on the basis of the core values of peace, which include ‘Sanctity of Life’, ‘Loyalty and Filial Piety’, and ‘Coexistence and Sustainability’, and demonstrates clearly how these peace values are applicable on a personal level, as well as within the broader community. HWPL Peace Education is an innovative education that pioneers the establishment and propagation of a culture of peace by cultivating talented individuals with the mindset of peace.

By internalizing the importance and value of the sanctity of life, as well as cultivating respect for both oneself and others, the foundation is laid for treating all humanity as worthy and equal. This plays a key role in overcoming conflicts and situations that result from differences in nationality, ethnicity, religion, culture and ideology.

By understanding the principle of social order and considering all humanity as valuable and equal, based on a sincere respect for others, it is possible to construct new behaviors in life in accordance with the necessary values required to live in harmony with one another.

Learning the norms and laws necessary for sustaining peaceful coexistence within the community and society allows for the development of a complete peaceful mindset in citizens as well as the ability to understand the way of harmonious coexistence and responding peacefully in various situations. HWPL carries out its Peace Education Initiative, which is formed through the Values of Peace based on the ‘Sanctity of Life’, ‘Loyalty and Filial Piety’, and ‘Co-Existence and Sustainability’. Its purpose is to cultivate and train children and students to become true citizens of peace. In order to solve the issues of extreme violence, persistent conflicts and disharmony, education is essential. The opportunity is given to adequately learn these values of peace. Can you feel the necessity of ‘Peace Education‘? In in-depth discussion, you can realize the spreading of a culture of peace in accordance with Article 10 of the DPCW through these education. Last September, these education specialists held several meetings and actual education demonstrations to assist in establishing HWPL Peace Academies worldwide and provide the educational contents for the peace education curriculum.

Spreading a Culture of Peace At the 4th HWPL International Law Peace Committee meeting, which was held during the 2nd Annual Commemoration of the WARP Summit last year, a large number of participants came from groups working in the field of education including Ministers of Education Departments worldwide, who attended the Session for the Ministers and Education Specialists for Spreading a Culture of Peace as described in the Declaration of Peace and Cessation of War (DPCW). They discussed ways to devise education mechanisms for the purpose of the implementation and development of peace as a cultural asset, which is clearly emphasized in the Declaration, stating that the culture of peace is must be acquired, safeguarded and transmitted from generation to generation.